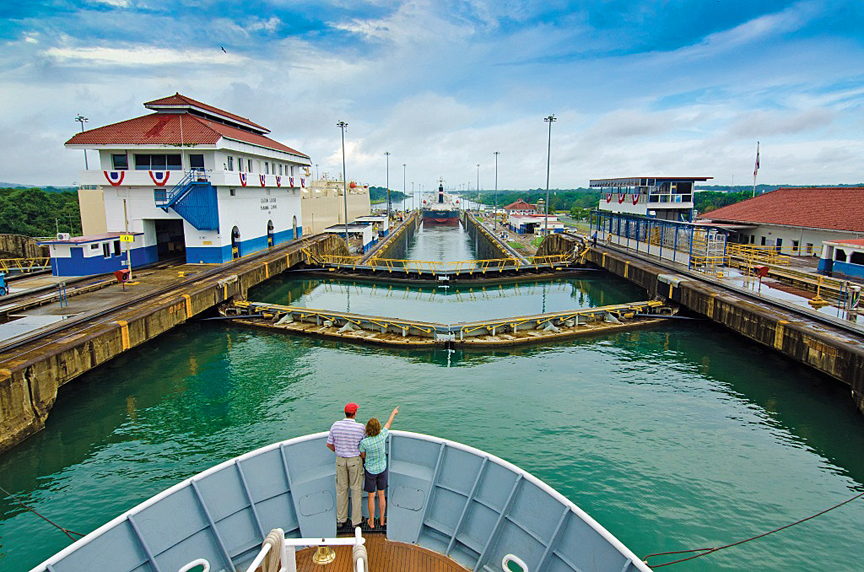 On a variety of itineraries guests will learn the history of overcoming hardships endured from 1881 when work on the canal first began, only to be aborted and started again when the United States in 1904 put its resources behind this engineering miracle that began changing the course of commerce – and world history -- in 1914, the same year that World War I began. Today some 14,000 ships pass annually through the canal.

Following are five ways to experience with AdventureSmith Explorations the Panama Canal by sea and by land in 2014. 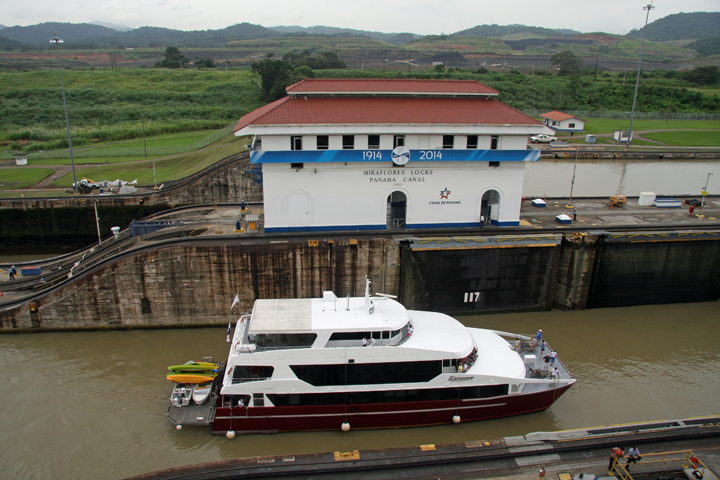 Panama Adventure Cruise aboard the 24-guest Discovery catamaran is the region’s only all-Panama small ship cruise and it offers a guaranteed daytime transit of the Panama Canal. The per person double rate, inclusive of land excursions, is from $3,850 for seven days.  Guests are introduced to tropical rainforests, isolated beaches and remote native villages as well as the Panama Canal. Expert naturalist guides lead nature hikes; there are kayaking and snorkeling excursions among unspoiled reef.

Costa Rica & The Panama Canal aboard the 62-guest National Geographic Sea Lion is a two-day canal transit with a visit to Barro Colorado and the Smithsonian Tropical Research Institute with experts from National Geographic. The per person double rate is from $5,690 for eight days. Guests explore exuberant, colorful and diverse nature in national parks, wildlife reserves and a privately owned tropical garden. In addition to abundant wildlife, guests swim and snorkel Panama’s famed Isla Coiba, kayak along remote coastlines and horseback ride on the beach. 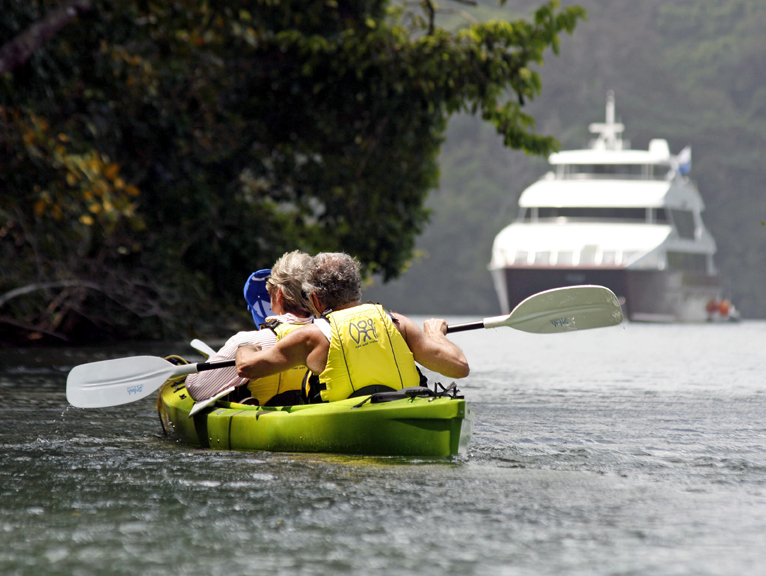 Costa Rica, Panama Canal and Colombia Cruise aboard the 72-guest Variety Voyager showcases Costa Rica’s Pacific coastline. Guests enjoy one of the most upscale small ships in the region at a per person double rate, inclusive of land excursions, from $2,590 for eight days. This is also an experience in private yachting as guests unravel the Pacific Ocean coastline of Costa Rica, enroute accessing the nature reserves and national parks of Isla Coiba, Corcovado and Manuel Antonio, and witnessing life in the San Blas Islands while crossing the Panama Canal. 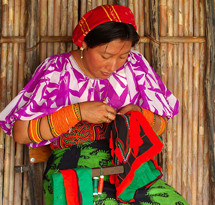 Best of Panama explores the canal, volcanic highlands and the Caribbean Coast, enroute meeting some of Panama’s indigenous people.  From coast to coast and past to present, guests on a private guided tour of the locks and on a jungle boat adventure in the canal glean the history and workings of the canal and the original Panama railway. Guests visit a thriving indigenous village and Spanish colonial forts and enjoy moderate daily hikes to, among others, the tropical cloud forest rich in flora and fauna. There are opportunities for zip lining, paddling a dugout canoe and touring a coffee plantation. The per person double occupancy rate is from $2295 for 10 days.

Panama Family Adventure embraces nature, culture and wildlife at a per person double rate of $2,600 (adults), $950 (child age 3-5), $1,250 (child age 6-11) for nine days. Guests experience the Pacific coast and the Panama Canal before venturing to the western highlands of the Caribbean coast to white water raft the Chagres River, go canopy zip-lining in the Chiriqui highlands, snorkeling in the Caribbean waters of Bocas del Toro. Touring historic Panama City is also included.

Founded in 2003, AdventureSmith Explorations is based in Tahoe City, CA, along the northern shore of Lake Tahoe. In 2012, owner Todd Smith joined the ranks of Conde Nast Traveler's prestigious 14th Annual Travel Specialists List as the world’s expert on small ship expeditions. A distinction he received again in 2013. For information, availability and 2014 reservations, Phone: 800-728-2875 toll-free or visit www.adventuresmithexplorations.com.
Posted by Steve Newman at 00:00