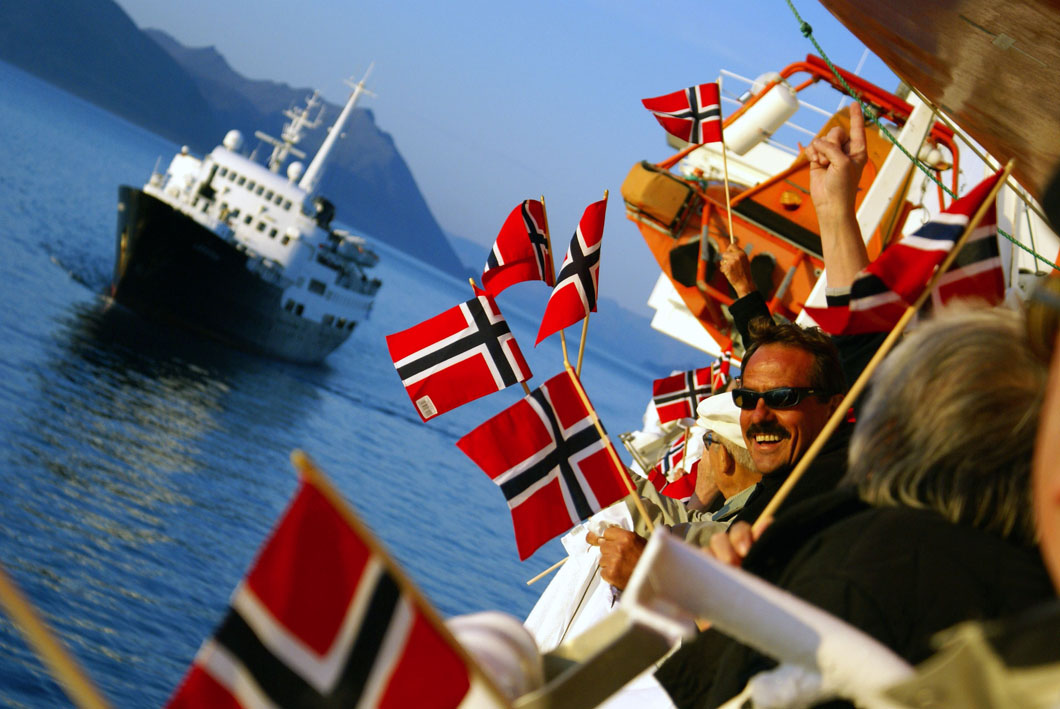 Hurtigruten has good cause to celebrate in March, when it will be celebrating the 50th anniversary of the oldest and smallest ship in the fleet - the popular vintage vessel MS Lofoten. The ship made its maiden voyage from Bergen with Hurtigruten on 5 March 1964.
The birthday will be celebrated with a range of activities on board including celebratory meals, special anniversary stamps and fishing directly from the ship, as well as special booking offers for those wishing to join in the celebrations.
By it’s 50th birthday, the MS Lofoten will have travelled almost three million nautical miles, transported 1.25 million passengers and docked over 75,000 times in the Hurtigruten ports. The smallest and oldest of the Hurtigruten ships has been protected by a preservation order since 2011 and its traditional charm and unique character have earned it a large community of fans among Hurtigruten passengers.
The anniversary voyage, setting out from Bergen on 2 March 2014, will be the prelude to the festivities. Numerous well-wishers and visitors are expected in the larger Hurtigruten ports, while traditional Norwegian dancing and music will also mark the occasion.
A whole host of other activities will also be available on-board during the anniversary voyage and throughout 2014:
An exhibition of photos of MS Lofoten over the past 50 years will be shown on board and passengers will learn fascinating facts about this vintage vessel and the history of Hurtigruten in lively lectures.
The anniversary will also have local and fresh food specialities provided by the on-board restaurant which will serve an anniversary menu reminiscent of the 1960s one evening on each of the Classic Round Voyages. There will also be a feast for the eyes as the crew and officers will be dressed in uniforms from the era.
Loved ones at home can be a part of the proceedings as passengers will be able to send postcards with an MS Lofoten anniversary stamp that is being issued by the Norwegian post office especially to mark the occasion.
On the southbound route, passengers can try their luck at fishing directly from MS Lofoten’s weather deck.
Anyone born in 1964 and therefore sharing a 50th birthday year with the ship will have a special reason to book during 2014, as they will travel at half price when accompanied by another passenger. Other available offers include a free excursion for those booking selected cabin types.
Hurtigruten, is on a special quest for personal memories, stories, anecdotes and photos that passengers, enthusiasts or former crew members have collected about the ship. Those who submit their memories to mslofoten@hurtigruten.com by 28 February will be entered into a draw to win a Hurtigruten voyage from Bergen to Kirkenes for two people including flights.
A ‘Classic Voyage North’ from Bergen to Kirkenes, departing on MS Lofoten on 4 April costs from £834 per person, based on two sharing an inside cabin on full board basis. Flights are transfers are available for an additional cost.

Have you subscribed to the new World of Cruising magazine? www.worldofcruising.co.uk