Ecuador’s award-winning ecotourism company, Tropic, since 1994 has led tours through the country’s most engaging landscapes. Now it’s the first and only company in the Galapagos offering stand up paddleboarding as a lodge-based adventure exploring the shoreline of the remote and sparsely populated island of Floreana.

Floreana is the destination star in a soon-to-be-released (spring 2014) documentary film, “The Galapagos Affair: Satan Came to Eden.” Lodge guests are invited to become Floreana’s on-island sleuths during their stay. Says The Hollywood Reporter, “A bizarre real-life drama of the 1930s is well told in this resourceful documentary.”

Stand up paddleboarding, as with all other activities in the Galapagos, can be enjoyed only with a certified guide present. The activity, included in a two-night, multi-sport package through Floreana Lava Lodge, takes place in a protected bay just a few steps from this secluded conclave of 10 cabins and main lodge. Galapagos National Park-approved guides supervise the 60-to-90-minute sessions before an audience that may include sea lions, sea turtles, eagle rays, sharks and myriads of bird life. See: http://www.destinationecuador.com/galapagos-hotel-lava-lodge-floreana.html. 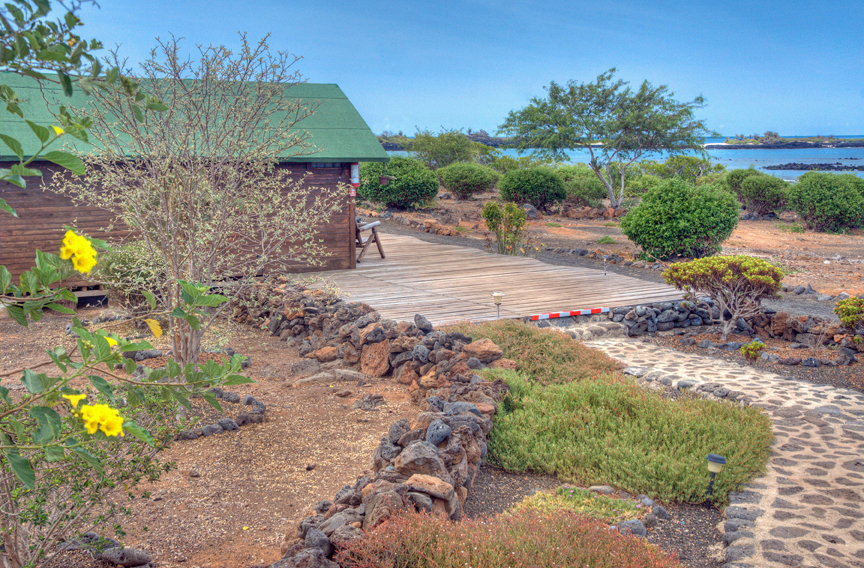 Floreana Lava Lodge packages (starting at $875 per person) include guided and fully-outfitted stand up paddleboarding excursions, tours of the island’s highlands rife with mysteries (a peace asylum, caves and the grave of Dr. Ritter involved in a presumed murder scandal), kayaking, snorkeling and star gazing; two nights accommodations; two breakfasts and dinners; a BBQ in the highlands (near the grave site); boat transfers to/from Santa Cruz Island and guide services.  Evening meals are enjoyed in the tiny village just a short walk away.

Future visitors are encouraged to watch the documentary prior to arrival. Vintage film footage, old letters and interviews help weave the still-unsolved mystery dating to the 1930s when nine travelers, among them Galapagos pioneers that included a contingent of German and Austrian eccentrics, intersected on a volcanic island known then and now as Floreana. Some survived; others mysteriously disappeared. 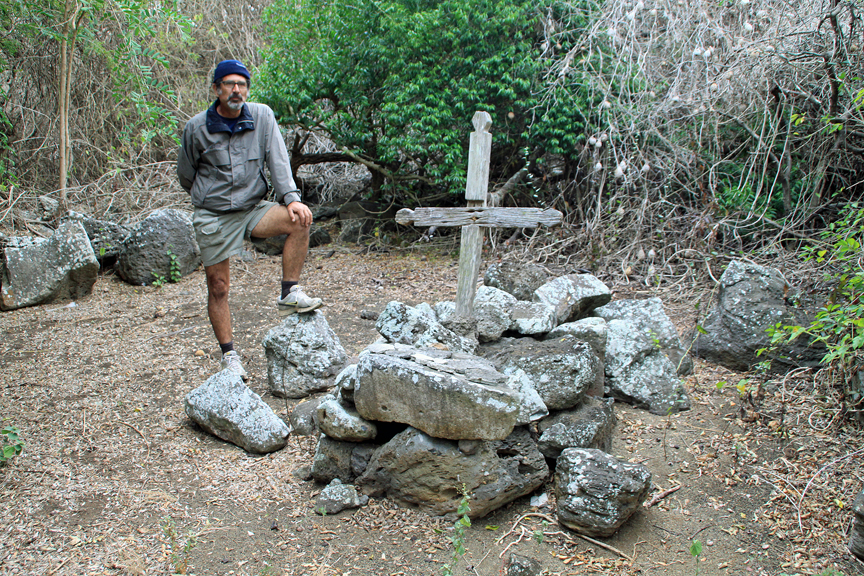 Hiking the highlands, guests will pass by the site of where the island’s first permanent inhabitant, the eccentric Dr. Ritter, lived and is buried. Arriving in 1926, this German physician believed that with a combination of exercise and the right vegetarian diet he would live to be 150 years old. He didn’t, but his story is one of the many strange episodes that still abound on this island.

Voice-overs by Cate Blanchette and Diane Kruger, among others, help tell the tale that coincidentally when the film is release marks the 50th anniversary of the founding of the Charles Darwin Research Center that tells best of all how and why some species survive and others don’t.

Locals on Floreana and some family and acquaintances of the original nine are engaged to tell their stories.

This is a Zeitgeist Films release produced by Dan Geller, Dayna Goldfine and Celeste Schaefer Snyder.