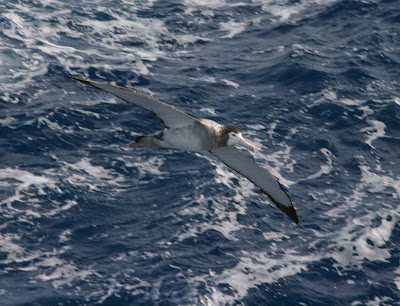 Hurtigruten has been an active participant in many of the remote areas it visits on its expedition voyages and often raises money for needy causes. From early summer 2012, new fundraising activity will take place on MS Fram’s Arctic and Antarctic voyages that focuses on helping to raise money for the ‘Save the Albatross’ project run by the Bird Life International Foundation. The Albatross, which visitors to Antarctica can see fly past from the deck of the ship faces extinction mainly due to industrial long-line fishing.

Hurtigruten will raise funds by auctioning off items at the end of each Explorer voyage. Among the items being auctioned off are, for example, the unique nautical chart of the respective voyage, signed by the captain, a Hurtigruten flag signed by all crew members, and expedition team jackets.


MS Fram’s expedition leader, Karin Strand comments: “These animals are incredibly elegant when they move. To me, they are one of the most impressive bird species in the world, able to fly thousands of miles. Our guests recognise the privilege of being able to travel to the Antarctic, Greenland or Spitsbergen – and as a thank-you they would like to contribute to the future of these regions. We want to give something back to the regions we have visited and guests bid for unique keepsakes of their voyage that they can treasure and help raise money at the same time.

Each destination MS Fram visits raises money onboard for campaigns run by a range of organisations. For example In Antarctica, funds raised go to the Save The Albatross and Antarctica South Heritage Trust. In Greenland's children benefit from the donations: each year, the funds collected on the cruises go to the “Association of Greenlandic Children”. Since the auctions were first launched in 2007, €140,000 have already been raised.
Hurtigruten sails to some of the most remote of destinations including Antarctica, Greenland and the Arctic’s Spitsbergen as well as year round along Norway's coast and Europe in the spring.