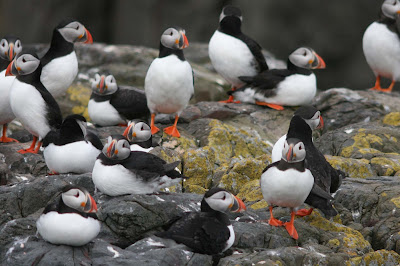 With The Queen’s Diamond Jubilee just around the corner, Hebridean Island Cruises' (www. hebridean.co.uk/ 01756704704) is celebrating all things royal this summer.

Guests onboard the nine-night North to Orkney and Home From The North cruises will pay a special visit to The Queen Mother’s former holiday home, the Castle and Gardens of Mey, situated on the north coast of Caithness.


Guests can follow in The Queen’s royal footsteps as the ship calls at Scrabster –the port of choice when The Queen and her family visited the Castle of Mey aboard the former Royal Yacht Britannia every August.
North to Orkney, from £4,800 per person (based on two people sharing an outside cabin), departs from Oban and calls at Gairloch, Loch Eriboll, Scrabster, Kirkwall, Stronsay, Papa Westray, Westray, Stromness, Helmsdale and Invergordon. Price based on a 27 June 2012 departure.

Home From The North, from £3,440 per person (based on two people sharing an inside cabin), departs from Invergordon and calls at Helmsdale, Kirkwall, Skara Brae, Scrabster, Loch Eriboll, Stornoway, Skye, Rum, Glenmore and Oban. Priced based on a 15 July 2012 departure.
Prices include all meals, alcoholic and non-alcoholic drinks, shore excursions and gratuities and all relevant cruise taxes/fees, free parking and transfers to ship or domestic flights/train travel.