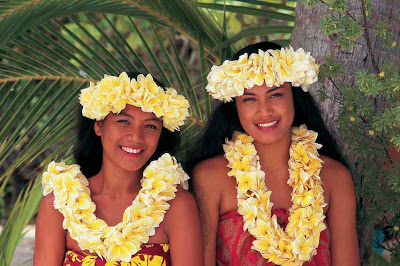 UK author and film producer, Peter Crawford, will be guest lecturer on board the Aranui 3’s two-week voyage to the Marquesas Islands in French Polynesia, departing from Tahiti on 4 February 2012.


Peter, who spent three years travelling through the Polynesian islands, researching his book ‘Nomads of the Wind’ and producing an epic five-hour, award-winning television series for the BBC, has a special passion for the Marquesas Islands, which he enjoys sharing with other travellers.

During the 14-night voyage on board Aranui, Peter will entertain passengers with extracts from his films and pictures from his book. He captivates audiences with descriptions in English and French of how he and his film crew ‘turned back the clock’ to recreate the remarkable Polynesian voyages of discovery. Passengers gain a real insight into the unique island way of life that flourished long before the arrival of Europeans who came to Polynesia in the wake of Captain Cook.
The most remote archipelago in the world, the French Polynesian Marquesas Islands are best known for their wild beauty, cultural heritage and welcoming people.


The custom-built, state-of-the-art Aranui 3 is the only ship to sail the 2,200 mile round trip from Papeete to all six inhabited islands in the Marquesas. Departing every three weeks, all year round, it acts as a lifeline to inhabitants, delivering everything from beer to bulldozers and cement to sugar to the isolated islands.


Described as ‘the freighter to paradise’, the cargo carrier doubles as a passenger ship, providing comfortable accommodation in 86 fully air-conditioned cabins, including 10 large suites with balconies. Two lounges, a large dining room serving French and Polynesian cuisine, a swimming pool and gymnasium, plus a full programme of lectures on Marquesan history, culture and art are also part of the experience. English is spoken on board and all presentations are given in both English and French.
At each South Pacific island destination, passengers are taken ashore by wooden whaleboat or barge and welcomed by locals with flower garlands, dancing and music. Four-wheel drive jeep safaris take participants through spectacular mountain scenery to explore mysterious, unspoiled jungles and to experience the fascinating and individual culture of each of the islands.Visitors to the Marquesas witness pearl farmers harvesting rare black pearls from giant oysters. They travel through the mountain spires of Ua Pou, described by Robert Louis Stevenson in 1880 as ‘volcanic needles like the pinnacles of some ornate church’. They marvel at the restored Me'ae Te Iipona in Puamau, one of the most significant ancient temples in French Polynesia, famous for the largest stone tiki in the region after the mysterious figures on Easter Island.

Prices for the February 2012 departure start from £3100 (Euros 3511) per person sharing a standard twin bedded outside cabin with private facilities including all meals with wine, all land-based sightseeing excursions and taxes.

Flights to/from Papeete, Tahiti are not included in these prices. Air France and Air Tahiti Nui fly to Papeete (via Paris and Los Angeles), with prices from around £1750 pp return.

For further information visit www.aranui.com
Posted by Steve Newman at 00:04