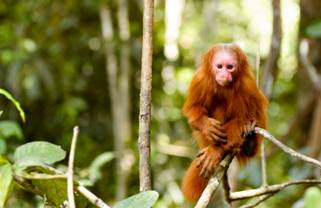 SeaDream Yacht Club - with its mega yachts SeaDream I & II, rated as the top Boutique Ships in the world by the 2011 Berlitz Guide - has released its early 2013 itineraries. The twin, 112-guest vessels will spend January - April 2013 sailing the , visiting the smaller yachting playgrounds and harbours that large ships cannot reach. In addition, SeaDream II will be sailing the in February and March.
2013 Amazon Highlights
Voyage-only fares for the two, 20-night Amazon voyages, departing Bridgetown on February 10, 2012 sailing to Iquitos, Peru; and departing Iquitos on March 23, 2012 returning to Bridgetown, lead in at : US$16,999 per person + US$1,220pp govt/port taxes.
2013 Highlights
These voyage only fares above are based on two people sharing Yacht Club Deck 2 accommodation and include all meals, onboard gratuities, wine with lunch and dinner, a complimentary open bar and use of the yachts “water toys” and Marina (weather conditions permitting).
Visit  www.seadream.com or The Cruise Line
Posted by Steve Newman at 00:12