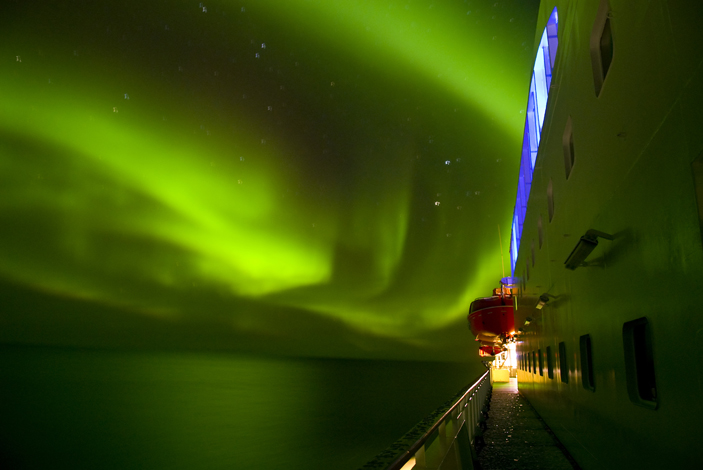 The Northern Lights are a natural spectacle that everyone wants to see, but they can prove elusive. Hurtigruten – operators of the cruise-come-ferry service that runs a scheduled service up and down the Norwegian coast – are now so confident that their ships offer the best chance of observing the lights that they are offering a free cruise to anyone who does not see them.

How does it work? All you need to do is book an 11-night Classic Round Voyage before 30 November 2014, for departure between 1 October 2014 and 31 March 2015. The ships’ crews will be scouring the night skies for an appearance of the dancing light show and if they come out to play, an announcement will be made from the bridge.

If the lights do not make an appearance, Hurtigruten will give passengers a choice of a 7day Classic Voyage North, or 6-day Classic Voyage South in an inside twin cabin (full board basis), departing between 1 October 2015 and 31 March 2016. Flights are not included.

The 12 day Classic Round Voyage hugs the Norwegian coastline from Bergen up to Kirkenes, where it turns around and starts its journey south.  Fares start from £999 per person in an inside cabin, on full board (based on two sharing), departing on a wide choice of dates in November and December 2014. Flight and transfer packages start from £330 per person.