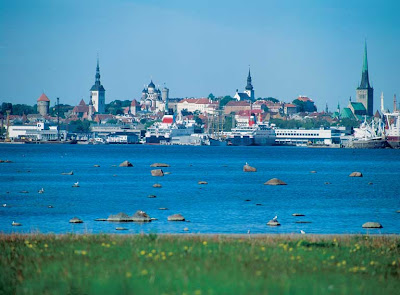 History of Medicine Cruise in the Baltic from Jon Baines Tours

The History of Medicine Cruise in the Baltic takes place from 26th June – 10th July 2014, and is offered by Jon Baines Tours.

This fourteen night fully-inclusive cruise takes you to some beautiful parts of the Baltic. The itinerary follows a historic narrative of European trade and the exchange of ideas between Russia and the West, with the ever present backdrop of the sea.

Experienced husband and wife team John and Susi Richardson will act as your hosts and tour leaders throughout the cruise. John will also lecture alongside Bill and Helen Bynum, Vanessa Jenkins, Peter Brinsden and Tony Druttman, with wide ranging lectures encompassing the history and medical history of the Baltic, during your time sailing between ports.

You will also hear personal stories, with lecturer Peter Brinsden’s past role as Naval Commander and Tony Druttman’s family connection with Russia.

The cruise includes private escorted shore visits as well as the lecture programme.

Board the Fred Olsen ‘Braemar’ in Dover and set sail overnight. During the day listen to lectures examining the background to the Baltic region, its history and medicine, the Hanseatic League and Thomas Mann’s medicine.

Next day dock in Kiel, a city with a beautiful setting on the Kiel Fjord. The gateway to the Baltic, the city has a long shipbuilding and naval tradition as well as being the traditional home of the German Navy’s Baltic fleet. Spend time at your leisure at Kiel Week, the world’s largest sailing event.

Continue to Lübeck, the former capital and Queen City of the Hanseatic League. Founded in the 12th century, the city prospered until the 16th century as the major trading centre for northern Europe. Recognised by Unesco as a World Heritage Site in 1987, Lübeck’s streets are lined with medieval merchants’ homes and spired churches.

Spend the following day cruising the Baltic Sea, with a wide ranging lecture programme that includes a history of assisted reproduction, an examination of the Lübeck TB disaster during the Nazi regime, the Nobel tradition in medicine and the Arctic convoys.

Arrive in the elegant city of Stockholm and spend the morning on a walking tour of the beautiful Old Town, including the “Stadshuset” (City Hall), where the Nobel Prize festivities take place every year. You will also visit the fascinating Nobel Museum, which symbolizes a century of creativity, and the Vasa Museum, which contains a well preserved 17th century ship called the Vasa – once the pride of Sweden’s navy.

Spend a day at sea with a lecture programme that sets the scene for the next series of visits in magnificent St Petersburg. Tony Druttman will give personal anecdotes from his family connection with Russia, who lived and worked as dentists in Russia during some tumultuous times in its history.

Arrive in St Petersburg, a city that surpasses anything in Europe for sheer scale and grandeur, where you will stop for two days. Take a city tour that includes visits to St Isaac’s Cathedral, The Museum of Hygiene, where you can see Pavlov’s dog, the fabulous Church of the Spilt Blood, built on the spot where Tsar Alexander II was assassinated, and Yusupov Palace, where you will learn of the assassination of Rasputin.

In the evening there is the option of seeing a performance by the Kirov Ballet.

The following morning take a private guided tour to Peterhof Palace, the most spectacular of all the summer residences of the tsars, built by Peter the Great.

Return to the city to visit St Petersburg’s most famous museum, the Hermitage.

Your next shore visit is to Tallinn in Estonia, one of the finest medieval towns in Northern Europe. Spend the morning on a private guided shore excursion to Tallinn’s Old Town, including the 15th century Teutonic castle, the Guild and the Museum of Medieval History, the Town Hall and the 500 year old pharmacy. Spend the afternoon at your leisure.

Relax during a day at sea with another series of lectures by Helen Bynum and Peter Brinsden and enjoy an exclusive high tea in the afternoon.

The following day arrive in the beautiful city of Copenhagen.  You will see Copenhagen’s famous Gefion Fountain set amid the parkland of the Kastellet and neurologist Dr Jacobson’s clinic, where Edvard Munch was treated. Pass through the colourful Nyhavn waterfront district, lined with its 500-year-old gabled houses, sidewalk cafés and bars, and see the Little Mermaid sculpture modelled on the fairytale creation of Hans Christian Andersen.

Back at sea again for two days, this time en route to Dover. The lecture programme
discusses the outward looking Catherine and Peter of Russia, surgery in Nelson’s navy and Carl Linnaeus’ legacy. Tony Druttman will discuss dentistry in the 18th and 19th centuries as seen via cartoons.

Enjoy farewell drinks during your final evening at sea before arriving at Dover in the morning and disembarking.

Tour leader and speakers
Tour leader - Dr John Richardson is Emeritus Defence Professor of Primary Care and General Practice. He travels worldwide leading study tours, or being medical escort to parties of veterans. He has visited 80 countries and worked in 41 of them as a doctor.

Dr Peter Brinsden joined the navy and served as a ship’s surgeon before he qualified as a gynaecologist and went on to specialise in fertility. He worked at the Bourn Hall Clinic under Patrick Steptoe, the IVF pioneer who, with Professor Robert Edwards, was responsible for the birth of the world’s first IVF baby. He was appointed Medical Director at Bourn Hall Clinic in 1989. Dr Brinsden is President of the British Fertility Society and Vice Chairman of The Nelson Society.

Bill Bynum is Professor Emeritus of the History of Medicine at University College London and was head of the academic unit of the Wellcome Institute. A Yale graduate in medicine, he began his career in the history of medicine with a Cambridge PhD before moving to the Wellcome. Professor Bynum has published widely.

Helen Bynum has a PhD in the History of Medicine from University College London, and lectured at the University of Liverpool before beginning a freelance career as a medical historian. Together with Bill she edited ‘Great Discoveries in Medicine’.

Tony Druttman qualified from Leeds Dental School in 1981 following a brief career in chemical engineering. He gained a Master’s degree in Conservative Dentistry from the Eastman Dental Institute in 1987. Tony’s lectures will include insights from his family’s history as dentists in Russia.

The cruise includes all meals, talks, tips, excursions and beer, wine and spirits and departs from Dover. The price, per person based on two sharing, is from £2,580.
The full tour brochure can be downloaded from: http://www.jonbainestours.co.uk/tour/medical-professional-tour?tour=97