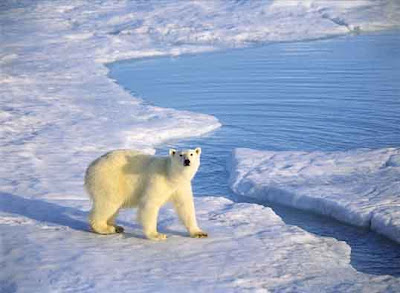 Svalbard is a remote and spectacular archipelago of immense glaciers, narrow fjords and abundant wildlife, somewhere we have featured several time in World of Cruising in recent issues. And here's a new opportunity to visit it in style and comfort:

Let Noble Caledonia's small but comfortable sister expedition ships, the MS Quest and the MS Ocean Nova, take you on a memorable journey into the realm of the polar bear. In Spitsbergen, there are twice as many polar bears and walrus as there are people. The polar bear population is estimated at more than 3,000 and we hope to encounter some of them during our summer voyages.
Our guests will witness a vast geological spectacle of soaring mountains and immense glaciers. A photographer’s paradise unfolds before us: black basaltic islands rise from shimmering waters punctuated with gleaming ice sculptures, and lush tundra blazes with purple saxifrage and moss campion. Within this dramatic landscape resides a wealth of wildlife: seals, walrus, whales, Arctic foxes and, our ultimate goal, polar bears. The area is also home to hundreds of thousands of breeding seabirds, including kittiwakes, murres, dovekies, puffins and rare ivory gulls.

Guests will take full advantage of the long daylight hours and embark on numerous Zodiac excursions to view the profuse wildlife up close.

In the beginning of the season, Spitsbergen’s flowers are in full bloom and the bird colonies are bustling with life. In the latter part of the season we have very good possibilities of exploring the eastern parts of the archipelago when the ice is slowly starting to lose its grip.

Our expedition ships have the highest ice class and can carefully break through the pack ice, which is also home to seals, walrus and the king of the Arctic, the polar bear.

For more info, visit Noble Caledonia or contact the adventure-cruise specialists of The Cruise Line Ltd.
Posted by Steve Newman at 00:16