Charity Auction on The Polar Seas 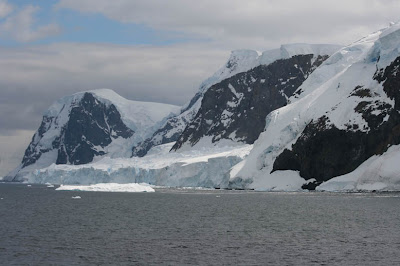 Guests on board Hurtigruten voyages in Spitsbergen, Greenland and Antarctica this season will be offered the opportunity to raise money in support of the areas of the Arctic and Antarctic they have just sailed through. At the end of every expedition voyage a charity auction will now takes place with all funds raised being donated to local preservation organisations.
Trialed last year, these auctions have now become a permanent fixture on MS Fram expedition voyages. The usual beneficiaries are institutions that look after the preservation and further development of areas visited such as the Antarctica South Georgia Heritage Trust, Birdlife International or the Ocean Foundation. However, the auctions can also help local people such as Greenland’s children who also receive support from the money raised.
“We want to give something back to the regions we have visited.” Said Expedition Team Leader Karin Strand. “Our guests respond very positively to the auctions. They too recognise the privilege of being able to travel to these remote areas and they like to say thank you by giving something back.”
Items coming under the hammer include the sea chart for the voyage in question, expedition team jackets and donated items from the research stations and localities visited during the voyage. On one voyage alone last year, the operator raised 6000 euro.
For more information visit Hurtigruten http://www.hurtigruten.co.uk/ or The Cruise Line.
Posted by Steve Newman at 00:01